With football season approaching fast, what better way to celebrate it than trying to look like you understand about it? Nobody likes to be left out from the fun, so if you cannot really understand the spectacle, at least you can look like you do. I have not followed football for almost ten years, but once every four years, I too, want to get in on the spectacle    or at least look the part. Where does that leave me-or perhaps many of you? Blokecore might be our answer.

Coined as a joke in the fashion side of TikTok, blokecore can be said as the sportier side to normcore. A non-fashion fashion trend, the stylistic cues of this curious look are taken from the regular football fans you can find in local watering holes or game days across England. The look itself is simple; a football kit, regular fit jeans, and classic trainers   preferably adidas. It should be noted that blokecore is entirely separate from casuals, a football-meets-fashion movement which emerged in the late seventies. Casuals preferred clothes from European designers and higher   end sportswear like Fred Perry, C.P. Company, Stone Island, Sergio Tacchini, and the likes whereas those into blokecore opt for a look that is actually unfashionable. Let's break it down a bit more. 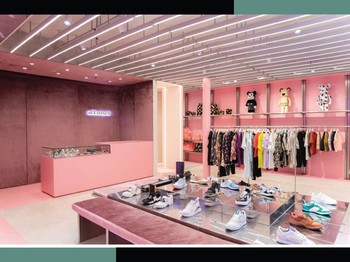 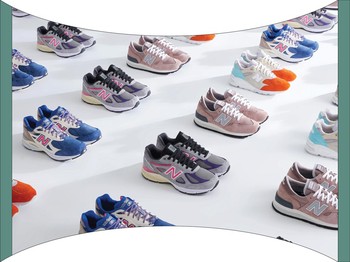 Start off by getting a football kit, as this is the foundation for the look. Obviously, those who follow football and support particular teams should go for the kits of their respective clubs. If you don't, though, it might be better to get vintage kits from obscure clubs that people won't question you about. For the more fashionably-inclined, you can opt for kits from brands like Balenciaga, Palace x Juventus, 424 x Arsenal, or the sublime Martine Rose "Lost Lionesses" collection. On the occasion of the upcoming World Cup, however, it might be good to get some vintage national kits from past World Cups   preferably one with history tied to it. Pepper in some football facts related to the particular kit you can easily Google and you're good to go.

Easiest part of the look. Most people would already have this in their wardrobe. Opt for loose-fitting or straight legged jeans in faded colors, not raw denim in slim or tapered fit. The more common it looks, the better    put your fancy Japanese selvedge jeans to rest for this look. Like everything around the blokecore look, comfort is key and nonchalance should be practiced    even if it took calculated effort to put the look together. Grassy stains around the leg opening is a plus.

Selecting trainers for the look should be based on its practicality for pub-going or a spontaneous game of casual football. As blokecore looks to England, adidas is the brand of choice. Models like Samba, Spezial, or BW Army would do. Have the Maison Margiela German Army Trainers for a touch of luxury, but a vintage pair of GATS might give you more street cred. Do note that kicking around a ball for a bit might be required, so don't be afraid to get your kicks dirty.

After putting the look together, all that's left to do is find a pub or sports bar to watch World Cup matches with. Be a poser in confidence with this guide. Come final match, you might even find yourself getting immersed in "the beautiful game".