Healthy Boundaries: The Art of Saying "No"

For years, I was a people pleaser because I believed I had to keep everybody around me happy, despite the fact that it was harming me. I couldn't establish healthy boundaries. This led me to recognize a connection between my upbringing and how it influenced how I formed a habit of feeling guilty when I said no to others. The nature of some Indonesians, or more specifically Javanese, have a deep sense of discomfort when telling the truth to other people, especially when saying 'no'. That's why we're sometimes hesitant to tell others how we actually feel, even if we're troubled by it.

This reminds me of the movie "Yes Man", starring Jim Carey. Yes Man's main message is to choose to live life by saying 'yes' to the possibilities that come your way, regardless of your worries. The film demonstrates that living a happier, richer life is possible when you take more risks, step outside of your comfort zone, and immerse yourself in new experiences and opportunities despite whatever anxieties you may have. 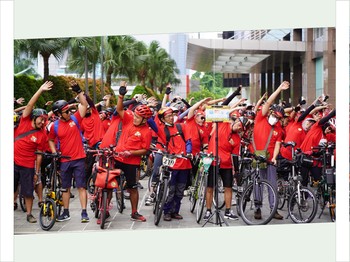 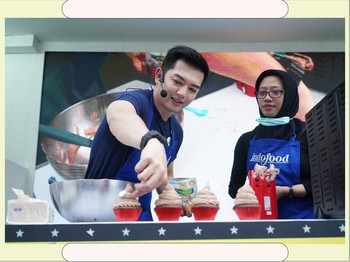 However, in the case of most Indonesians, who are frequently caught up in saying yes to situations that discomfort us, becoming a "yes man" is not always beneficial to our well-being. Pleasing other people isn't really a bad thing, especially if the reasons are right. Nevertheless, it will become problematic if we begin to depend our happiness based on other's approval. A 2016 study in the journal Frontier in Human Neuroscience also found that people who have difficulty in resisting the wishes of others actually have a false concept of happiness. In the end such behavior can actually give birth to anxiety and depression.

They will feel like a failure if they are unable to meet the wishes of others. Simply because it is difficult to say "no," we may be taken advantage of and abused by others. One example, at work, a person would take any project that was pushed on them, even if it was not their work. Until one time, this person realized that they were enabling others to take advantage of them while putting their own sanity and success on hold in order to assist others reach their goals.

You need to differentiate the needs of yourself or others. Do you say yes because it makes you feel happy and satisfied or because you just feel guilty? There's a thin line between being a nice person versus just being nice and generous. If saying yes to something reaffirms your values or brings you delight, then go ahead and do it. If you're merely saying yes to avoid feeling guilty, you could be doing it for the wrong reasons.

It's not only about what you don't want, it's also about what you do want. Boundaries are more than just saying no, yet it is still an important component of them and one way to enforce them. Knowing what you need or want is also part of setting boundaries. This means we say things like "I don't want that" or "I can't do that," and "I need this" or "I have to..." at other times.

Boundaries help to promote trust and healthy relationships. Even if some people don't agree with what you do, they will most likely respect you for sticking up for your beliefs. Relationships benefit from boundaries as well. You are more likely to feel heard and acknowledged when your privacy is respected. Healthy boundaries can also assist you in defining your individuality and key values. When you say no to a new commitment, you're honoring the ones you already have. It's not only about obtaining what you want when it comes to setting boundaries. It's about having the freedom to live life on your own terms and also flexibility to do what matters to you.

Practice Saying No. Practice defending yourself little by little. It will feel wrong at first, but give it a try. Keep calm and move on, and it will eventually feel like a habit to politely state what you don't want. This is called setting healthy boundaries. For example, try saying "no" to a ridiculous request without going to great lengths to explain why. The word "no" is a complete phrase. It is not a one-time activity; it is a lifelong habit that we must diligently exercise in order to attain our professional and personal objectives.

Use Values and Interests in Making Decisions. A 2013 study by researcher SONYA LIYU BOR MISKI stated that to maximize happiness, choose activities related to your values and interests. This can include serving others in life, organization, and purpose. Just make sure it's a mix of activities defined by what you love.