There's a saying that goes, revenge is a dish best served cold. The idea behind this is that revenge feels more satisfying when one prepares a vengeance that is well-planned, long-feared, or unexpected. It is well known that revenge provides a strong drive in people who feel they have been wronged by another. While it may spark a debate in regards to its morality and justifications, many still feel entertained seeing people get what they 'deserve' regardless whether the revenge is done immediately or executed as a part of a well-thought plan. So, without further ado, here are some good must-watch movies centering on the theme of vengeance.

Kill Bill: Vol. 1 (Quentin Tarantino, 2003)
A cult classic and favorite; Kill Bill offers a fulfilling cinematic experience and probably set off the auteur's career to mainstream fame. Kill Bill follows the story of a former member of The Deadly Viper Assassination Squad who is brutally assaulted by her allies while pregrant and about to marry. She falls into a comatose state and wakes up 4 years later discovering that the baby in her womb is gone. She goes on a killing rampage to those who had destroyed her life and killed her child. Overall, what's not to love about Uma Thurman going on a killing spree? 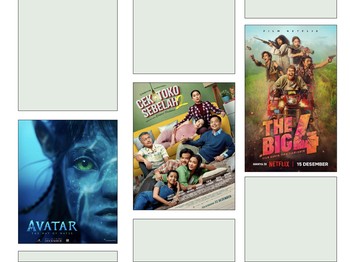 Movies and Series Coming Out in December 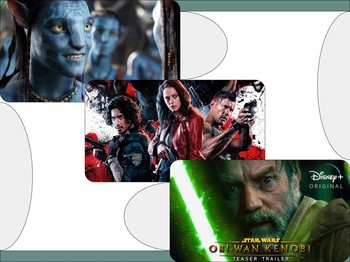 Lady Snowblood (Toshiya Fujita, 1973)
I'd feel guilty if I didn't add Lady Snowblood after listing down Kill Bill, noting the fact that the movie was Tarantino's main inspiration to create Kill Bill. Based on a manga of the same name, Lady Snowblood tells a 19th century tale of revenge (mind the years), where the main character Yuki's family are almost wiped out before she's born; her mother was kidnapped and brutalized by a gang of criminals before she was sent out to the prison. Yuki then carries on her mother's vendetta on those responsible. If you enjoyed Kill Bill, it would be impossible not to enjoy this one.

Do Revenge (Jennifer Kaytin Robinson, 2022)
Okay, less bloodbath and terror, let's move on to Netflix's recent release of a light, perfect-for-girls-night, chick flick; Do Revenge. It tells the story of two teenagers in a posh private school who teamed up to take action against each other's respective bullies; fallen queen bee Drea who wants revenge on her ex-boyfriend for releasing her sex tape, and awkward newcomer Eleanor who wants to clear up a rumour about her. Starred by Stranger Things' Maya Hawke and Riverdale's Camila Mendes, Do Revenge explores the topic of redemption, narcissism, and the line between good and evil in a light and enjoyable way.

Oldboy (Park Chan-wook, 2003)
When I hear the word vengeance, Oldboy automatically comes to mind. It is the second part of Park Chan-wook's thematically linked "vengeance trilogy" which begins with Sympathy for Mr. Vengeance and ends with Lady Vengeance. Probably his most famous work, Oldboy tells the tale of Oh Dae-su who's been kidnapped and imprisoned for unknown reasons for 15 years. After his release, he's given a cell phone, money, and expensive clothes. He then went on to find the person who may have a personal vendetta against him by listing down people who he had done wrong.

Confessions (Tetsuya Nakashima, 2010)
Last but not least, a Japanese psychological thriller-mystery; Confessions centers the story on a school teacher who has a twisted master plan to punish those responsible for her daughter's death. Confessions requires you to pay attention from start to finish since it is narrated in non-chronological order. It is that kind of movie that you should just watch without any detailed knowledge about its plot. So, sit back, relax, and roll out the scenes!

After watching all of these titles, you can really ask yourself now; is there anything sweeter than revenge?