All About Satan's Slaves 2: Communion

This year's newest and probably most anticipated Joko Anwar's work is the sequel to Satan's Slaves, Satan's Slaves 2: Communion. The enthusiasm was no joke; we know that "Ibu" has become a famous icon, and it took him five years to release this sequel    of course, many were curious about the mysteries left unexplained.

The ending of the first Satan's Slaves was a ride of twist and turn. We learned that Rini's parents made a deal with a fertility cult of Satan worshippers, with the caveat that the last child should be returned voluntarily in seven years, which made Ian, the youngest child in the family, cheerfully join the evil force. 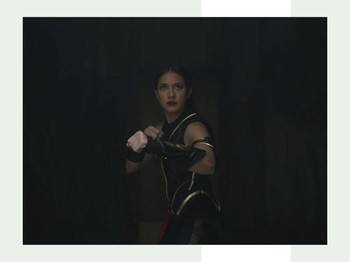 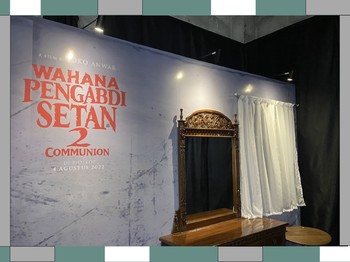 The sequel to Satan's Slaves opens the story with a strange incident that happens in Lembang where several dead bodies were gathered in a bowing position. Budiman, a news journalist who already made his appearance in the first movie, was present at the scene. It was believed that the dead rose from their graves on their own and it was only the beginning of something big and sinister.

A few years later, after the incident that struck Rini's family, they decided to move to an apartment building in East Jakarta, near the sea. Strangely, it was the only building standing within the area. Some of the residents in the area were introduced as new characters including two of Bondi's pals, Ari and Darto; little kids who live on the same floor as Rini, Wisnu; alongside Tari, Dino, and Pak Ustad.

Bondi found gravestones being buried nearby the apartment building and just left them there without further thought. He reunited with the rest of the family for dinner, just in time as Bapak gets home, put his suitcase, and locked it inside a cupboard, with Rini eyeing him suspiciously. Rini told her family over dinner that she was leaving tomorrow to pursue college. Bapak encouraged Rini and reassured her that they will all be safe living in a building full of people.

The next morning, an awful incident happened in the lift of the building, leaving at least 10 people dead. Wisnu managed to get out of the lift before it fell and Bapak was the only person who survived the fall with a leg injury. The night falls with a heavy downpour, leaving the resident stuck inside the building. As the water kept going up, it made the electricity go out. Bondi wandered around the building with his friends and found that it was too quiet as if there were no one. They knocked on the doors of the residents and found that it was mostly vacant.

Eventually, they got into a room that belongs to Pak RT and broke into a locked room full of documents, and hung pictures of the apartment building each taken once every 39 years with the same date. Bondi believed that there was an additional floor after analyzing the picture and went out to the highest floor to search for the stairs. Unable to find the stairs that could take them to the 14th floor, Bondi proposed that it must be placed somewhere inside a room. Ari discovered one room that was unlocked. Losing his chills, Bondi found his mute lost little brother Ian inside. Soon, Bondi and his friends reunited with Rini, Toni, and Wisnu.

Wisnu, who understood sign language, began communicating with Ian. Ian confessed that he had been living here for quite some time. Rini also stepped in and asked several questions, which put Ian into saying that he had no recollection of what had happened. Still having some faith and love for Ian, Rini took him with the rest and try to escape the building. They stopped in their tracks when they met Bapak. When Bapak sees Ian, he knocks him down with his crutch, and the scene goes black.

The next scene reveals unconscious Rini on the ground, eyes fluttering open a few times to see Ian leading the cult who are chanting several words, calling dead bodies, and Ibu. Unfortunately, Bapak was brutally murdered under Ian's command. When Toni was about to get executed, Budiman was able to stop the ritual and saved Rini, Toni, and Bondi. They escaped the building with an inflatable boat.

Throughout the movie, newspapers and the local tv news always tell the public to be wary of 'Petrus', a walking unknown criminal who goes out killing people. It was later revealed that Rini's father was the one behind the massive killing. Budiman told the kids that in order to cancel the pact made with the cult, Bapak needs to kill 1000 people. In the end, Bapak was unable to 'protect' his beloved children. Rini already lost her trust in Bapak when she found the suitcase Bapak always carries filled with the fingers of the victim he had killed.

Darminah and her husband made another appearance in the ending for the sequel, just like the first Satan's Slaves. It's still unclear about the identity of this loving and mysterious couple and whether they are a part of the occult or they're actually on Rini's side. But from their scene, it's obvious that Joko Anwar is going to give us another movie.

My final verdict for this movie; it wasn't bad, but it wasn't satisfying either. There was no additional information regarding the cult's origin other than what had already been given in the first film. Most of the new characters are left dead without having a grand impact on Rini's story. Instead, rather than answering mysteries left unanswered from the first movie, the sequel is busy serving overrated jumpscares. Thus, it feels a bit shameful that they abandon such a high concept that was already brought in the first act and went with jumpscares and terror fest in the second act.