Common Red Flags in Relationship You Need to Run from

Nowadays, the term "red flags" is often heard on social media, which talks about the explanation and what actions are considered as red flags that we need to recognize and run from. The term "red flags" refers to a reason to stop. By definition, the red flag is used when there's a foul so, the game will be put on a halt; the color red also works on the road as red lights signal the vehicle to stop. Therefore, it can be concluded that the term red flags should be a sign to stop a relationship after obtaining several indications from your partner that they might endanger your physical or emotional condition throughout the relationship.

However, according to Jessica January Behr, Psy.D, licensed clinical psychologist and founder of Behr Psychology in New York City, what we consider as red flags may evolve. Because what you don't examine as red flags may turn into red flags over time, depending on the values and judgment that you have earned and learned. And unfortunately, it's somehow common for us to miss these red flags when we're blinded by love. This matter is happening mainly because people can be emotionally-charged at the beginning that they ignore these red flags or find a way to deceive themselves. After all, they don't want to face the truth. 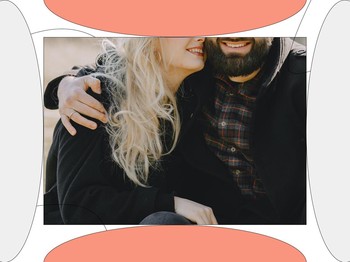 To shield yourself from being trapped in a relationship full of red flags, you may want to know the common red flags faced by couples. Below are the universal traits of behavior that are considered a red flag and may jeopardize your mental state for being in that relationship. If you feel like you're currently facing some of them, you probably should take the exit door and run from it.

Love Bombing
Being given a lot of attention and affection is something that you seek from your partner. However, if your partner is very persistent at it, and very invested in you right off the bat when you communicate with them, it is somehow supposed to be considered a deal-breaker. Little did people know that this is a form of manipulation; as the love bomber will talk about so many things   including the future, and shower you with affection and declarations of love to get you to fall only to tear and leave you broken hearted later on. Love bombing is often misunderstood by a lot of people as it is such a positive behavior, however, you have to be careful and consider this as a red flag.

History of Infidelity
It is a general start that couples try to open up with one another. Therefore talking about exes might come up in a split second when this topic is brought up. It is indeed a bonus point if they are honest with their history and admit they once had the past of being unfaithful to their exes to you. Even though they have pursued behavior change, you need to keep in mind that they have a history of cheating. This fact should be considered a red flag as it will eventually affect your ability to trust your partner completely.

Controlling & Jealous Behavior
It is said that a little bit of jealousy is harmless and somehow needed in a relationship. But it's going to be different if jealousy turns into some possessive or controlling behavior that restricts your plans, what you wear, and the friends you hang with. Possessiveness is a sign of emotional abuse that needs to be maintained with trust. Don't sacrifice your freedom for them.

Alcoholism and Drug Addiction
It's concerning if your partner has a drinking problem and has to rely on drugs to get through the day. Furthermore, if this behavior is negatively impacting their life, work, health, and relationship, this is a sign of addiction that you may want to run away from. Even though this can be discussed--if they refuse to listen and refuse to get help, that's the end of it.

Abusive Display
If your partner has shown verbal, physical, or sexually abusive behavior that jeopardizes your well-being, you should get out of the relationship as soon as possible and get help. This is the kind of red flag that you should get away from because it's nothing to be resolved. Not just to you, if they show any indications of being violent to the animal, stranger or anything, this is a sign that he's capable of doing that to you.

Even though it has been stated before that sometimes people avoid these red flags as they are blinded by love, you have to be honest to yourself whenever your partner makes you feel a certain way. Do not ignore a simple red flag or traits that put you in an uncomfortable situation, and try to talk it out to your partner that their actions or words have given you an emotional impact. However, if your partner doesn't listen and only puts you in a more uncomfortable situation, then it's probably time to stop considering them your partner any longer.