Witchcraft: The History Behind It

Across cultures and throughout history of the world, we've seen people casting their spells and crafting their magic. Witchcraft is surely not a new concept. We've seen it through pop culture, literature, or hear stories about the power of magic. As Halloween is approaching, the theme of spookiness may drag horror icons to the list including; witches. But what is exactly witchcraft-what makes one a witch and what is the story behind it?

What is witchcraft?
Traditionally, witchcraft means the use of magic or supernatural powers to harm others, and the practitioner is called a witch. Since there's a resurgence of men and women who claim themselves to be witches, the definition of witchcraft may have evolved. Witchcraft, now, is defined as the practice of and belief in magical skills and abilities that are able to be exercised individually by designated social groups or by persons with necessary esoteric secret knowledge. Moreover, witchcraft is the practice of using different elements and correspondences that are available like crystals, candles, cards, and more, to cause a specific change to occur in alignment with the desire of an individual or group of individuals. 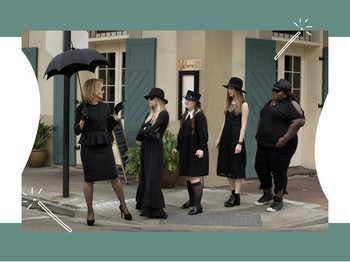 Apparently, There Are Different Types of Witches 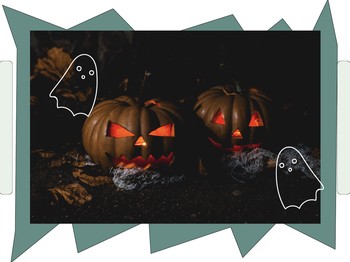 The Origin of Pumpkin Carving on Halloween

Like Buddhism, witchcraft is more of a philosophy and practice rather than a religion. Why, you ask? There's no singular God or Goddess honored in witchcraft and each witch's practice is personal.

Misconceptions of witchcraft
As you have probably figured, the word witch and witchcraft may carry some negative connotations. The obvious one is that there's an association of witchcraft with darkness and evil. Enhanced by popular fairytale's depiction of witches, who are often being portrayed as the 'bad guy' and receive help from the devil or dark magic, many people believe that all modern witchcraft is associated with anything demonic.

However, modern witches distanced themselves from this idea entirely. Not all practitioners of witchcraft use it for bad intentions. In fact, most of them are not hostile and often use it as a form of empowerment.

Witchcraft has a dark history
Surely, you are familiar with the Salem witch trials-the dreadful consequences to women who confessed doing witchcraft in 1692. During the era of witch hunts, a lot of women who were accused of being a witch were executed by burning at the stake or hanging. This was the doing of what is called, the Malleus Maleficarum, a book which is commonly translated to "The Hammer of Witches."

In the 15th century, two well-respected German Dominicans, Heinrich Kramer and Jacob Sprenger popularized the idea that witchcraft is done to perform evil acts and spells particularly against men. This publication was essentially a guide on how to identify, hunt, and interrogate witches which then spurred 'witch mania' to go viral. From there, the condemnation of witches continued to grow as witchcraft became a heretical crime.

The first emergence of witchcraft, according to History, was rather unclear. But, one of the earliest records of a witch is in the Bible in the book of 1 Samuel, thought to be written between 931 B.C. and 721 B.C. Moreover, the predominant concept of witchcraft in the Western world derives from Old Testament laws against witchcraft and entered the mainstream when belief in witchcraft gained Church approval in the Early Modern Period. Back then, it was a theosophical conflict between good and evil, whereas witchcraft was generally associated with Devil worship.

Modern witchcraft
Mid 20th century onwards, witchcraft is most notably practiced in the Wiccan and no longer practiced in secrecy. Now, there are many different types of witchcraft, ranging from green witchcraft, crystal witchcraft, and more. There's rarely anything sinister about witchcraft as their spells and incantations are often derived from their Book of Shadows, a 20th century collection of wisdom and witchcraft. Spells are usually used to stop someone from doing evil or harming themselves. However, this doesn't demolish their threat to persecution and death.