All You Need to Know About Schiaparelli

Best known as a brand that is able to distort the shape and reimagine the form of the wearer, the founder--Elsa Schiaparelli's surrealist vision has a long history to unfold. The Coco Chanel's arch enemy reached her fame by blending into Parisian society's circle which took her all the way to Hollywood in this era. Elsa Schiaparelli was an Italian fashion designer, aristocrat, poet, and artist who created the trompe l'oeil sweater and the 'shocking pink' color which we often find worn by a lot of people these days.

Elsa Schiaparelli who was born in Rome in 1890 came from an upper-middle class and scholarly background. Her passion in art and fashion was influenced by her intellectuals and academic background that she was surrounded by beauty, elegance and sophistication. However, she craved for more glamor and grandeur within. Along the way of growing up, she always lived a highly social life for her understanding of creative manifestation in surrealism. 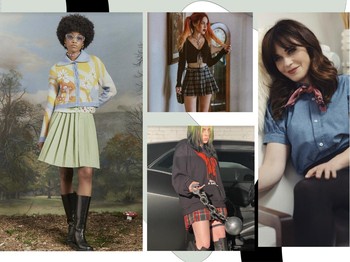 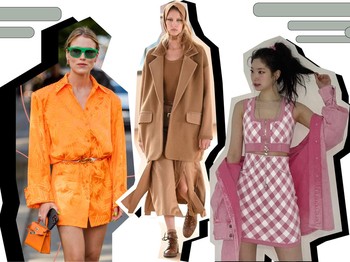 Her career in the fashion industry began when she created her first trompe l'oeil hand-knitted sweater for herself in black and white color for the bow and pierced heart illusion back in 1927. The fashion community was easily drawn to her chic optical illusion creation in the sweater which managed to bring her achievement in international popularity. Following the success of her rival that defined the classic look of a woman, Schiaparelli brought her pieces to another level. Both of the well-recognized fashion brands emerged in Paris in the time between the world wars, therefore, both are considered as boundary-breaking fashion designers in the mentioned era.

Elsa Schiaparelli was recognized for her surrealist creation that depicted dreamlike visions, inter-dimensional and imagining life in another reality. Her name was increasingly featured more than her rival's and she was widely known for her creation that symbolized daring and stylish glamor, considering her Italian background. Schiaparelli was the epitome of French chic according to the tabloid presence and her fashion shows.

Her 'Shocking' perfume in 1937 which was inspired by her visit to Hollywood where she met Mae West--the most famous cinema actress in the world--made her very wealthy. The release of her perfume also accompanied by the color Shocking Pink. The perfume which she envisioned as a couture perfume was modeled after a dressmaker's dummy based on the body of Mae West's whom she designed at the time. In classic trompe l'oeil form, a measuring tape is draped along the bottle's shoulders. Despite the fact that she was uneasy about her work because there were a lot of great perfumes by other female designers in Paris, her 'Shocking' perfume was an instant bestseller and remained so for nearly three decades.

Besides the historical 'Shocking' perfume, her creations over the decades including Lobster Dress, Tuxedo Dress, Eyewear creations, oversize jewelry and many more have managed to gain the fashion's industry's attention even after her passing in 1973. The house of Schiaparelli or now widely recognized by Maison Schiaparelli is now directed by Daniel Roseberry, and the house is still on the top fashion industry.