The variety of dishes relates to Chef Yuen's own experiences. Born in Shanghai and raised in Hong Kong since she was 12, Chef Yuen went on to move again to Indonesia at the age of 19. It was in Indonesia that she first learned how to cook, since Indonesian food was very much unfamiliar to her at that time. Supported by her grandmother's cookbook, Yuen ventured into exploring traditional cuisines. 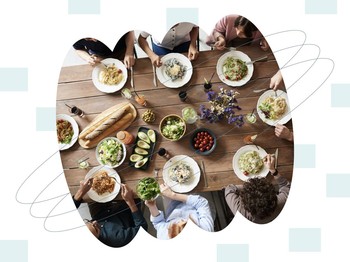 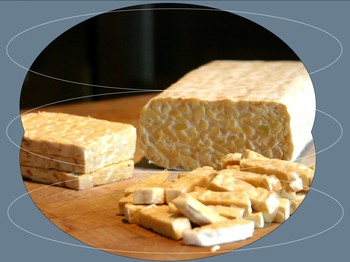 With her catering service, YY Private Dining, she continued to delve into authentic Chinese cuisine—all the while sharing it with the Indonesian people. Today, Plaza Indonesia's La Moda guests are able to taste the richness of Chinese cuisine through Chef Yuen's creation.

Taken from Malay-Chinese culture, the JellyfishYusheng withYuzu Sauce dish is meant to bring good fortune in the new year. The dish is served before being mixed, with a side of oil, sauce, crushed peanuts, and friedwonton chips. As the individual toppings are poured over or sprinkled, a different wish is uttered in order to manifest them in the coming year. Afterwards, diners are encouraged to mix the dish together by pulling the ingredients high in an upwards motion, symbolizing greater or "higher" fortune.

The dish itself consists of both fresh and fermented ingredients, including carrots, bell pepper, red chili, and chives. As one takes a bite, the freshness of each ingredient becomes instantly apparent. Aside from the plum and yuzu sauce, a hint of ginger also serves to underscore the flavor notes. Since the jellyfish has a rather strong flavor, the balance between it and other ingredients is a crucial element. Mixed and eaten communally, the dish embodies the festivity of Chinese New Year. With each bite, you can taste different dominant flavor notes, which excites the palate constantly.

In contrast, the Double-Boiled Black Garlic Chicken Soup offers a warm comfort. The soup tastes rich, yet light and lingering. Inside, a tender boiled chicken awaits, easily broken apart by the touch of your spoon. The black garlic also serves an interesting note, with a mushroom-like texture and subtle flavor. Aside from being on trend, Chef Yuen stated that the inclusion of black garlic is also due to its health benefits.

Another soup based dish, the Lanzhou Beef Noodle Soup, comes from a halal area of China. The dish is specially included by Chef Yuen as a means to introduce halal Chinese cuisine to the predominantly Muslim Indonesia. Like the Double-Boiled Black Garlic Chicken Soup, the beef in this dish is also exceptionally tender.

For dessert, ChefYuen served 8 Treasures Rice with Chinese Almond Sauce. The dish contains a personal memory, as ChefYuen used to make it together with her grandmother and family for Chinese New Year. The texture of the sticky rice is balanced with walnuts, lotus seeds, red dates, and red bean paste, made better by the creamy sauce.

The dishes served by Chef Yuen offer a homey comfort many are probably not familiar with. As Chef Yuen herself stated, her dishes are simply prepared with ingredients that can be found easily, yet the quality of the ingredients, balance of proportions, and the care that went into preparing them manifest into the taste. For those interested, Savor the Flavor China Blossom is still going on until the 5th of February. Visit Plaza Indonesia's La Moda to have a taste for yourself.