Compiling year-end lists, especially for music, is not an easy task. Of course it's not due to the lack of good music, but exactly the opposite. Never trust anyone who says that "good music died in the (insert time period)", because good music comes out so often from every corner of the world to the point that it's difficult to keep track of them.

So, how does one take up the task? How to make a list with objective qualities, while still retaining some subjectivity and personal perspective? How to make a personally-inclined list with credible reasoning? A combination of both, it seems, with the help of everyone's go-to-guide: one's gut. The list ultimately consists of groundbreaking releases you'll predict they make it before even reading, records that take their respective genres to another dimension, and some gems worth discovering. Naturally, some notable releases couldn't make it—with notable examples such as Taylor Swift's Midnights, Arctic Monkeys' The Car, SZA's SOS, Harry Styles' Harry's House, or Tulus' Manusia. In no particular order, here goes a list of remarkable music releases this year! 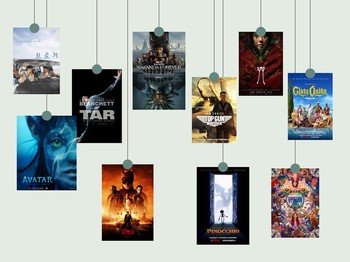 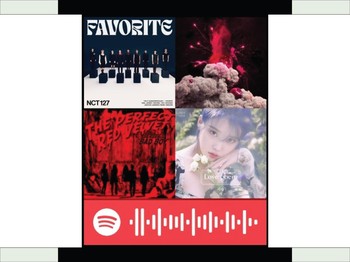 A sharp debut album from corporate-rockers Perunggu, Memorandum channels the discontent, anxieties, and growing pains of—well, maturing. The "after-office rock band" embraces their status as an office worker wholeheartedly, presenting an alternative to the viewpoint that artists need to bet their lives on their craft. Memorandum is a masterful quiet-loud affair with undulating energy which embodies the underlying message of the album itself: it's okay to slow down sometimes.

In her decades-long career, it's fascinating how Björk managed to stay consistently explorative in her artistry. At its core, Fossora is grounded to reality, yet Björk's rendering of it is decidedly magical. Her many-sided vocal range glides over bass clarinets and gabber beats while she narrates pain, hope, motherhood, and mushrooms.

A dense mix of grindcore, punk, thrash, and other heavy elements, Wormrot's Hiss makes for a layered listen. The album also marks the departure of co-founding member Arif, who stated that "I have to stop pretending that I am still interested [in] being in the band". An interesting conundrum, since his vocals sound as harsh and breathless as ever. Hiss is unadulterated heaviness channeled through boundless sonic exploration.

Nonchalant and graceful, New York singer/songwriter Yaya Bey's Remember Your North Star recounts memories both good and bad in a candidly revelatory manner. The album flows loosely, oscillating between R&B, jazz, and soul in a restrained soundscape. In whispers and pitch shifts, Bey's specific personal tales can draw the listeners in as if they're listening to a friend casually telling the story of their life.

Discontentment breeds desperation, this much is apparent. For Jakarta post-hardcore unit Rekah, the very same unease fuels their output. Kiamat moves away from their poetic observations of one's inner self to pervasive issues that haunt each and every of us—voicing frustrations that are personal and communal at the same time. The lyrics are sharp and direct—conveyed in a manner that seems more akin to "sonically bleeding" as opposed to singing—while instrumentations turn frantically from hardcore riffs, post-rock guitars, to twinkly layered outros. In what the band called "Songs for the wretched of the earth", Rekah turns collective anxieties into a cathartic experience.

Hailing from Singapore, where the local emo scene is thriving, CURB's debut release Hope You're Doing Well, Michaela manages to stand out. While their influences are apparent, CURB injected distinct characteristics which are very close to their surroundings. Anthemic and full of energy, it's exciting to see what will become of CURB in the coming years.

Renaissance is a triumphant record made for the dance floors. In it, we are reminded why Beyonce reigned supreme atop the pop music pantheon. She channeled the black queer trailblazers of club music in the album, communicating the communal nature and connectivity of parties. Romantic, liberating, and compelling, Renaissance is reminiscent of sweaty nights under the dim club lights—an attestation to the power of music.

Hardcore is having its moment lately, as evidenced by notable releases and acts such as Turnstile's genre-transcending Glow On or SPEED's incendiary embrace of identity. In Diaspora Problems, SOUL GLO voices their rage and disdain for systemic issues that plague their society with raw energy. While vocalist Jordan Pierce faces his own suicidal tendencies, he also confronts the band's success as a very real thing that might threaten the band. The album reeks of urgency, an unending barrage of aggression, yet it's not without humor. At times it's vulnerable, at other times braggadocious, Diaspora Problems' complexity is a testament to SOUL GLO's position as one of the most exciting torchbearers of hardcore.

An apt description of NewJeans is a fresh breath of air in the Korean music scene. While their elders and contemporaries of the same industry lean more towards maximalist pop productions, NewJeans' R&B, club, hip-hop, and Y2K influences shine in their debut EP. Equally impressive is their very young age, which may signal a long and game-changing career in a sea of tried-and-tested formulaic releases.

Donning a diamond-encrusted crown of thorns with a gun tucked behind his waist, Kendrick Lamar is surrounded by family in Mr. Morale & The Big Steppers' cover. What we see is Kendrick Lamar, the man—not the deified figure of hip-hop many regarded him as. He's looking inwards at generational pains, normative teachings, and his own shortcomings which sometimes put him in an unflattering light. By his own admission, he never tried to be something that he's not. Amidst the abundance of confessional records by musicians and bands across various genres, Kendrick Lamar's perceptive storytelling remains idiosyncratically compelling.