Taylor Swift's Midnights: A Mix of Past Albums and A Twist of Love and Revenge

Taylor Swift's Midnights is finally here. After teasing Swifties (that's how fans of Taylor Swift call themselves) about her 10th studio album since August 26 through her Instagram page, we all now gather in delight while dancing and crying over the artist's new masterpiece. With a total of 13 tracks, she tells the story of her life again   which we always enjoy listening to. As a Swiftie myself, Midnights is an album that gave me a sense of comfort that only a thick blanket could offer under raging thunderstorms in the middle of the night. I can definitely go to sleep with her latest tracks, and it's a huge compliment.

The first listening session to Midnights brings me to the idea of how her music has shifted to her original pop era with a sprinkle of futuristic programmed beats despite acoustic instruments and high-string guitars like how her pop music used to have. However, it's safe to say that her pop nature comes back stronger than a '90s trend, quoting her lyrics from "Willow". A Somber, Orchestrated Affair: Review of Arctic Monkeys' The Car 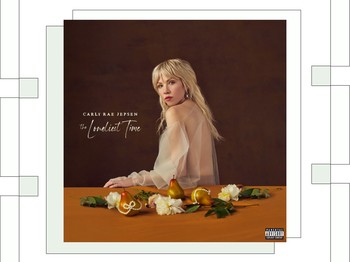 Taking some aspects from every single track in Midnights, this album is a pure mix of her past albums. 1989's pop sound, Reputation's deep bass and synth, and Lover's lyricism give this album a twist of love story and a revenge scheme. With the help of her longtime collaborator Jack Antonoff, she opens up her new era with Midnights.

My favorite tracks are placed on the opening. "Lavender Haze" gives off a bombastic pop sound that subtly calls back to "Look What You Made Me Do'' from Reputation. "Maroon" as the second track also piques my interest as the lyrics come out like it takes the narratives of telling a personal story about the artist's relationship with her significant other as how she usually masters at.

And the winner of them all for my personal picks is "Vigilante Shit". Maybe my bias for Reputation influences my opinion that this track is the bomb. The dark and deep bass in this track leads me to reminisce how I was   and still am   head over heels for Reputation. The part where she sang "I don't dress for women, I don't dress for men, lately I've been dressin' for revenge" really stresses that she is aiming for vengeance to those who did her wrong-much like how she started her Reputation era.

Well, I need more time to listen to the whole tracks listed in Midnights to read into the message she wanted to tell her listener in each song. But all in all, Midnights   that she claimed to be "the stories of 13 sleepless nights scattered throughout life"     is going to be the talk of the town for the next two weeks, at least.