"Love is often found in the most unexpected places."

This sentence is most likely to be what this freshly-released Netflix series is all about. Heartstopper is a coming-of-age teenage story that discusses sexuality, identity, mental health, love, and friendship. With a wide and varied cast of characters, the series seeks to represent the diverse struggles that modern youth often face in a way that remains light and comfortable to watch for everyone. Directed by Euros Lyn, who has directed episodes of other British hit shows including Doctor Who, Sherlock and Black Mirror, this series has received a 100% rating on Rotten Tomatoes. 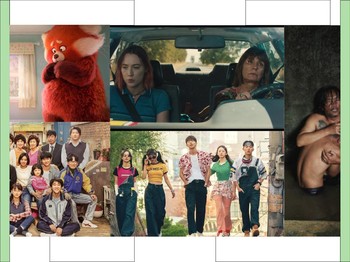 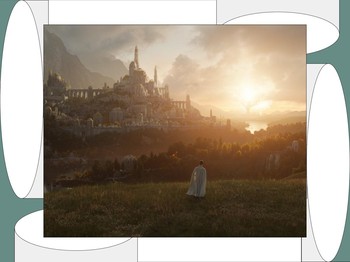 Back to Middle-earth: What to Expect from The Rings of Power

After doing an open casting to find 7 lead actors, Netflix announced the newcomer Joe Locke to lead the series as Charlie Spring. Along with the announcement, it was also revealed that Kit Connor, who played a young Elton John in Rocketman and voiced Pantalaimon in His Dark Materials, would play the role of Nick Nelson. The series then later announced several screen debuts for other young actors including Gao as Tao, Yasmin Finney as Elle, and Kizzy Edgell as Darcy. Other cast members-including Corinna Brown as Tara, Jenny Walser as Tori Spring, and Sebastian Croft, who has appeared in popular series such as Game of Thrones and Doom Patrol, got the role of Ben Hope.

The story of this series is based on Alice Oseman's web-comic of the same name. Heartstopper is an LGBTQ+ series about the relationship between two boys, Charlie Spring (Joe Locke) and his classmate, Nicholas Nelson (Kit Connor). Not just an ordinary same-sex romance story, Heartstopper is a heartwarming story about young love, self embodying, finding one's identity, and finding their place in this big world.

Revolving around the life of Charlie Spring-an overthinker gay teenager who attends an all-boys school   he lives an ordinary life before finally meeting his classmate, Nick Nelson. Unlike the nervous and anxious traits Charlie possesses, Nick is a friendly, cheerful, and popular boy for being a school Rugby player. After befriending each other, the two care for each other to the point of causing inappropriate feelings. Unlike Charlie, who shows his feelings openly and willingly, Nick tends to be doubtful and unsure about his feelings   whether he loves Charlie or not. Because of Nick's doubt, Charlie feels like his love is one-sided and thinks that his relationship with Nick can't be more than just friends. Regardless, Charlie is falling hard for Nick, even though he doesn't think he has a chance. Confused, panicked, and curious, Charlie and Nick will together discover their love.

Heartstopper is a Netflix original series released on Friday, April 22, 2022. The first season consists of eight episodes, which are available immediately once the series is released. Each episode is about 30 minutes long, which is pretty short for a light series that most of us can enjoy anytime anywhere. So, have you given this fresh series a watch?