We all know that men's nature is to hunt, chase and track down what they want to be in the grasp of their hands. It's commonly said that women are told not to pursue men if they want to find true love. Just like how Jordan Christy wrote in her book How to be a Hepburn in a Hilton World, it is said that women should be polite, well-spoken, gracious, charming, and thoughtful. She also wrote that women should let men come to them and be graceful.

There are several studies that show how men are more attracted to something that is not quite available and easy for them to reach. Researchers from the University of Chicago showed a group of male volunteers two photographs of a woman. One of the photographs showed the woman clearly while the other image was blurred. The men came to an attraction to the blurry photograph more than the clear one as the woman in the blurry photograph seems to appear less attainable. 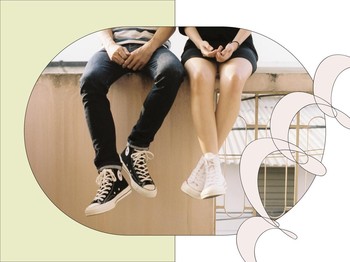 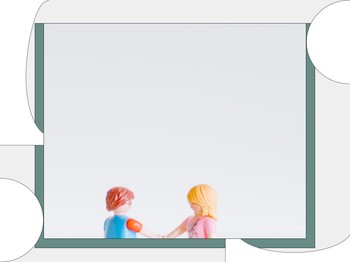 This somehow depicts men's nature in pursuing women that they feel more challenged in chasing potential partners who are not easy to be pursued. According to a licensed marriage and family therapist and author of Rational Relating: The Smart Way to Stay Sane in the Crazy World of Love, for many people the pursuit of the chase is more enticing and rewarding than the actual relationship itself.

It's also proven scientifically that the brain releases certain chemicals including dopamine, adrenaline, epinephrine, and norepinephrine in the early stages of falling for someone. These natural hormones can lead to a feeling of happiness and euphoria. However, sometimes people confuse these chemical feelings for authentic connections-to the point that once the high is over, so is the spark of a relationship. Therefore, it comes as an assumption that men are most likely to give their all during the early phases of a relationship and come to their normal selves when the relationship is already in their hands.

So the question is, do all men really relate to this? To give a better understanding, we have interviewed some men to give their personal perspectives about this matter.

Meet Tommy (not his real name). When asked about how men only love the chasing phase he answered, "I can relate to this. Why? The reason is mainly that I have to give a big amount of effort to show a girl that I'm interested and enthusiastic to get to know her." Tommy also continued that chasing a hard-to-get woman is somewhat challenging, that it intrigues him to go further with his mission.

He also confessed that he wouldn't go the extra mile when he's already at the point of dating the girl he once chased. "Well, I already got the girl, there's no need for me to entice her anymore, right? But I love her still," explained Tommy. Hearing this response, all women must be against the idea of men only love the chase.

It is also said by some men that when women are hard to pursue, the more interesting they are. "I must admit that when I'm having this huge interest in someone, and she happens to be quite hard for me to approach, it somehow challenges me even more. I'd definitely put all the effort I could pull to get her," said Ivan, another guy we talked to. "It's the thrill of the chase that excites me to go after her," he continued

Well, what about those women who chase after men? Does this irk them?

"If I were to choose chasing or being chased, I'd go with chasing after women. Once I get the one I have desired for a long time, it feels more rewarding. Not to mention that I get to experience those ups and downs throughout the journey of chasing her. It would be history," answered Ivan. He also explained that it doesn't irk them when a girl chases after him as it's an honor for him to receive such attention that makes her take the first move.

However, despite all the confessions about men loving the challenge of chasing phase, women should never be discouraged to take the lead in expressing their interest to someone. It's not wrong for anyone-regardless of gender-to take the bold step of making the first move. But keep in mind that when you find someone that you're interested in that has wants, needs, values, and priorities that don't line up with yours-be it during the chase or relationship-take your time to consider proper communication to seek out whether or not they desire the same thing.