Juxtaposed within different rooms of ROH Projects are works from artists Davy Linggar and Heman Chong. On white walls, looping on a small panel, occupying a floor space, or wandering through its area, the works presented are sparse yet expansive in nature.

In its currently-running concurrent solo exhibitions, Aperture and Labyrinths (Libraries), ROH Projects highlights the distinct artistic practices of Davy Linggar and Heman Chong, respectively, in a separate yet flowing experience. 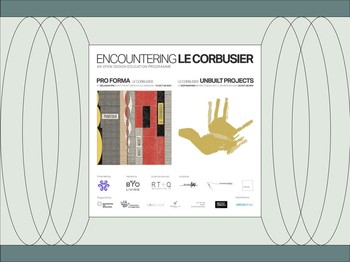 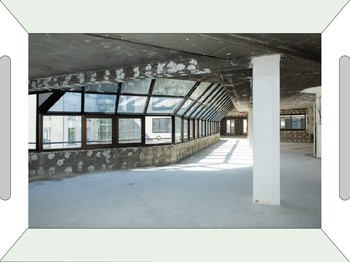 Visitors will first be greeted with Davy Linggar's Aperture in the Apple Gallery, which features paintings in identical-sized wood panels, 20x20 centimeters. While at first glance it might seem that Linggar worked on and with the same materials, a closer look would reveal the subtleties of each individual painting. The wood panels used by Linggar expectedly have distinctive wood grain formations, which reflect themselves in each painting's textural characteristics. The materials employed are also varied, with oil paint at its center. Some incorporated pencil, acrylic paint, ballpoint pen, and even tracing paper. Through its sequential order, visitors are taken to examine Linggar's concentrated personal expression. At first restrained and increasingly growing more loose, Linggar's shifts in approaching his paintings are evident.

Linggar's artistic practice incorporates painting, video, installation, and photography. On the latter, his subject matter in architecture also informs the subjects of his earlier paintings within the series. Architectural structures form the base of the series, which gradually becomes less restrained-reflected on mirror-like surfaces or juxtaposed with anatomical parts. The compositions and gestures are intimate, which at times even seem private. The vagueness of each glimpse insinuates that whatever space in-between the paintings the viewer might perceive are welcome to be filled by the selfsame viewer's own mind.

From the Apple Gallery, the view to Heman Chong's Labyrinths (Libraries) presentation in the Orange Gallery is blocked by a wall of installation. Once the visitor takes a left turn, a wall of Chong's paintings await them. These works are taken from Chong's two series, Labyrinths (Libraries) (2022-ongoing) and Cover (Versions) (2009-ongoing). The first series depict grid-like compositions of criss-crossing lines and rigid rectangles, of which an image of a library is evoked. The composition plays with the idea of positive and negative spaces, of which the ideas within these imagined books exist and contrast each other. The latter series reimagine book covers from a list of recommendations via the artist's friends. Most of the titles have not been read by Chong at the time of the painting process, but are planned to at some point in his life.

In the installation (Free) Trade (2022), the visitor is met by an empty space within three walls. The work took a semblance of an art fair booth, without displaying any objects in the inside. Instead, visitors are invited to consider the possibilities of the emptiness of the space-to trade ideas between each other and interact with the space itself. The notion of commerce is set aside, in line with the artist's practice in observing and rethinking the hegemonies of the systems woven into the everyday—capitalism included.

Periodically, a person with a nondescript appearance walks around the installation while reading a Wikipedia article from a mobile device—a performance of Everything (Wikipedia) (2016). The performance piece speaks to the futility of condensing the entirety of human knowledge into a readily-accessible archive, while also commending the attempt. The futility is communicated through the performance's finite duration, which certainly would not cover even the surface of knowledge contained in Wikipedia.

While the works in Aperture and Labyrinths (Libraries) play much with the spaces contained within and in-between them, the importance of the spaces is apparent. Through what's presented and what's implied, the visitors' minds are invited to fill in the gaps.