I would love to blame my girlfriend for being a fan of 9 chaps pretending to drive a Porsche but deep down, I was curious myself, it started from being constantly explained how these boys trained so hard to show the world their excellent performance and pleasing aesthetics but no doubt a shared YouTube account with recommendations such as "Johnny's funniest moments" (member of NCT 127) played the trick. After months of being a good listener to NCT 127, I find myself in the midst of bright-green-wearing crowds, this is my story.

I checked into a hotel closest to the venue at 15:00-4 hours prior to the concert, fans were in the lobby doing the same thing as I was but some didn't even have a room. In fact, some stayed in the lobby from the night before. My ticket did not come with a seat and I heard that things can go wild, so I decided to wait until the very last minute. 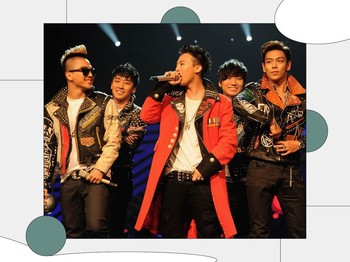 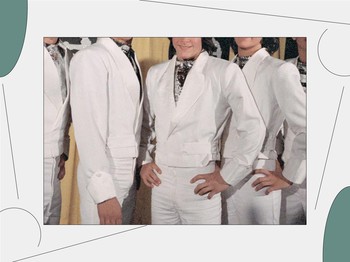 I walked over to the entrance 20 minutes before the show began, it was a no-brainer, barely anyone queuing, and I was excited to see my very first K-pop concert. As I entered the hall, I could feel the excitement of thousands of people. The time was 18:55, 5 minutes away until I got to see the boys. Spot on at 19:00, "Touch" by NCT 127 played through the speakers, still with no one on stage but fans still sang along to it. As soon as the song ended, the lights went dark and the crowd went wild. Wild like how Antoine Griezmann scored to give France a 2-1 half-time lead.

Bright red and green lasers went across the hall, a drum beat started looping and a robotic voice welcomed us to the show. The main screen that showed NCT 127's logo was split in half with pictures of members shown. As expected, the boys appeared but they only stood still on a 5-meter platform, all 9 of them. They did nothing but stand still in all-white clothing. Not a single word but the longer they stood, the louder the screams were.

The platform lowered and they remained standing still. The beat of the drum faded slowly and I could hear "Kick It" started to play. The show has officially begun, they sang, they danced and they kept their face straight to the center of the stage. The energy of the crowd shook the floor and I couldn't focus on what to hear but one thing for sure was my eyes were glued to them.

One song after another, they kept their cool until finally the lights turned on and they did their usual interaction. They introduced themselves and spoke a few words which were translated on the spot. A few words didn't need any translation, such as: apa kabar?, mantul, baper and aku sayang NCTzens. Haechan & Doyoung, two of the members even sang Andmesh's "Cinta Luar Biasa" which they covered 3 years ago. The conversations made me feel I was out of place since there were a lot of inside jokes that I needed explanations for. But I guess that's how they maintain their relationship with fans.

A few songs later, another tradition popped up and it was throwing signed balls for the fans. I knew this was going to come up and I raised my hand high. I'd thought if I was lucky, this could be a nice gift for the girlfriend but things did not go to plan.

The group leader, Taeyong, stopped the song they threw the balls to and told people to back away to where I was. I thought he just wanted to be nice to the ones in the front row but apparently, things got pretty wild. The barricade had fallen off and fans were on their phones taking close videos of their bias. I didn't know what was going on so I stood there waiting for the action to come back. It was a solid 10 minutes and nothing was happening with them still on stage telling fans to back away. I saw unconscious people being carried by security guards and given oxygens as I was standing right at the very back.

They did sing another song but the police took over the mic. It was announced that 30 people had fainted and the show couldn't be continued. The police were fast and the fans were furious. I waited for 15 minutes and decided to head back to the hotel.

There's no telling how a crowd can react to a concert, and this isn't the first time this happened. Back in 2016, Big Bang's China concert got canceled due to overcrowding concerns and even after NCT's visit, EXO's Sehun only appeared for 7 minutes in Jakarta for overcrowding concerns.

Although I couldn't dance to "2 Baddies 1 Porsche", I understand that humanity should always come first.

I was a face among a sea of fans but it was my first and I have to say although I only got to see half of it, NCT 127 sure did pull out a show. They were great, the lighting design was one of the best and the energy was surreal.

Now, I simply understand more why my girlfriend has a picture of Johnny as her phone wallpaper instead of me. 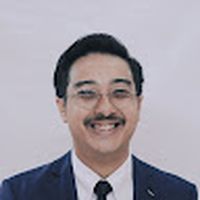