Staff Picks: Song That'll Save Me from Vecna

Anyone who stayed up all night binge-watching the latest season of Stranger Things must have been starstruck by how this season was well-executed. One scene that made quite a buzz on the internet was when Max ran away from Vecna to get out from the upside-down with the help of her friends by making her listen to her favorite song, Running Up That Hill by Kate Bush. Generally, there are certain things that can make us love a song, be it because of some memories in the past, help us go through sad times or we're just simply addicted to the bop. So, here are some of our picked songs that we think can save us from Vecna. 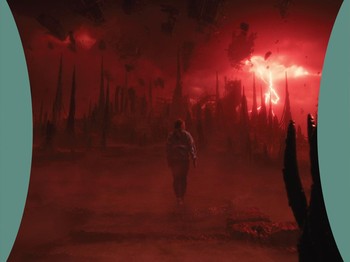 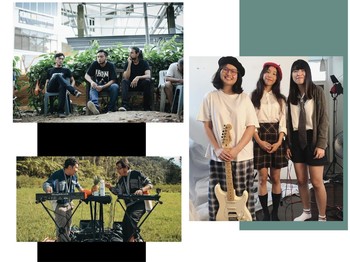 Dinar, Writer
Look What You Made Me Do - Taylor Swift

There's nothing better than a headbanging song to listen to while running away from Vecna. I personally think this song by Taylor Swift from her most genius album would definitely help me to boost my adrenaline to its peak. Not to mention that I also could spit the lyrics "Honey, I rose up from the dead, I do it all the time" to Vecna's rotten face because not today, honey, but you're surely fit in hell.

The second Yoongi's little iconic "Bultaoreune" is being heard, it will loosen Vecna's vines grip on me, bet. This song is already loud and exciting from the beginning, I'm sure it will pump up my adrenaline and send me the courage to run from Vecna with every energy that's burning inside me. And psst, rumor has it Vecna is scared of Taehyung's growl when he sings "Bow wow wow!"

I don't think there's any song I listen to that would make me bop within the first 3 seconds of the song. Came out decades ago, The Fourth Avenue Cafe by L'arc-en-Ciel is still an absolute banger to this day. One listen to the song and I can already tell that the band is having a great time performing this song and it really shows. Hyde's iconic vocal range combined with the whole band's performance makes it always a treat every time this song comes on. Not only will this save me from Vecna's curse, I'm quite sure that Vecna might even revert back to his human form.

If I have to pick one song to pull me out of trance and help me beat Vecna at the same time, it would be Zombie   the timeless track from the Cranberries performed by the queen of dangdut herself, Dewi Persik. Zombie is the perfect anthem for a battle. With that powerful guitar and drum, this song could give anyone the strength to march to their deaths. If the original version of this song alone can tore Upside Down apart, then imagine the horror Vecna would face when he hears Dewi Persik screams "Zombie! Zombie! Zombie!" It will rock him to his core.

Mel, Editor
Could Heaven Ever Be Like This - Idris Muhammad

One of the best songs ever written that mixed many genres like disco, jazz, soul, and funk from the late 70's. A stone-cold, slow burning classic with extremely romantic lyrics that goes like this "I feel music in your eyes, rainbow in your kiss, I have never reached such heights, could heaven ever be like this. I see your love song in your touch, a miracle exists''. The song has its driving force to move you and reminds you what heaven tastes like while you're in hell. Vecna will definitely dance with me in the rich transcendence beats the song has to offer, no doubt!

With the overall composure of meaningful lyrics and perfect harmonies, I don't think any other song would beat this song in terms of reminding myself of who I am and what I've been through so far.

With all these songs, we sincerely hope that we could make it out of Vecna's evil grasp. So, what kind of song would you pick to save you from Vecna if you were kidnapped by him?