There's a thousand years old proverb that goes, "Silence is golden", but when it comes to maintaining good communication in relationships-even non-romantic ones-is that really the case?

There are times in relationships when being silent is acceptable and even needed, for example, when a heated argument had taken place and one party spent some timeout to cool off or gather their thoughts. But when silence, or rather the refusal to engage in a conversation, is used as a controlling tactic to exert power in a relationship, it becomes what we know as the silent treatment-which is toxic and unhealthy. How come? 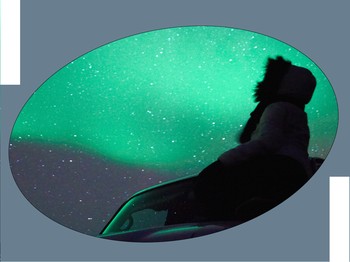 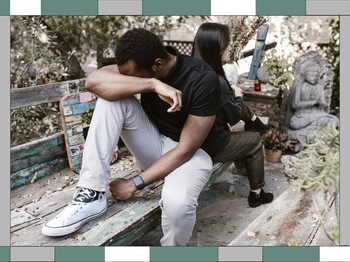 According to Very Well Mind, silent treatment is a manipulation tactic that can leave important issues in a relationship unresolved. It has the potential to leave the partner on the receiving end feeling confused, frustrated, hurt-even worthless, unloved, and unimportant. Research has shown that both women and men use silent treatment in relationships, despite the fact that it actually prevents people from resolving their conflicts in a helpful and healthy way.

Here are a few reasons why people turn to silent treatment:

Avoidance: In a lot of cases, people prefer to stay silent in a conversation because they don't know what to say or they want to avoid conflict. It could also be used as a tool to avoid taking responsibility or to admit their wrongdoing.

Communication: Sometimes silent treatment is used when a person doesn't know how to express their feelings, but wants their partner to know that they are upset.

Punishment: A person may resort to silence as a way to punish the person at the other end, or to exert control or power over them-raise the red flag, this is a form of emotional abuse. When this happens, people who use the silent treatment will see silent treatment as a way to put you in place, a tool utilized for you to give in to demands or to make you apologize just so that they will talk to you, and if not stopped, will eventually use it as the primary means of dealing with conflict.

When the person using the silent treatment takes away the ability to communicate effectively with one another, their partner often will go to great lengths to restore their communication. This allows the silent partner to feel powerful, dominant, and in control. On the other hand, the person on the receiving end feels confused and even afraid of losing the relationship. This is where it gets toxic.

How to respond to silent treatment?
If you were in a situation where someone is giving you the silent treatment, it can be a bit discouraging and unnerving. If the silent treatment doesn't appear to be a part of a larger pattern of abuse, you can first try to name the situation. For instance, you can tell them, "I notice that you are not responding to me." This will make your partner know that you acknowledge what they're doing.

When communicating, use more of "I" statements rather than starting the sentence with "you." This type of statement focuses on the feeling of the speaker and will come off less threatening. Starting a sentence with "you" almost immediately puts people on the defensive front. For example, you can say, "I'm feeling sad and frustrated that you aren't speaking to me and I would like to find a way to resolve this issue."

You've acknowledged the silent treatment and you've been honest about what you feel and your intention or willingness in fixing the problem. Next up, try asking the other person to share their feelings. This way, you're letting them know that their feelings are valid and important. As it paves the way for an open conversation, try to listen empathically and avoid becoming defensive.

Once the coast is clear and the core problem has been shed by the light, you may apologize if you have said or done something that has hurt their feelings. Keep one thing in mind; you shouldn't apologize or blame yourself for another person's use of the silent treatment since silence is how they choose to respond.

Sometimes staying silent can be a positive thing if it was meant to keep people from saying things they might regret later. Other times, silence can be an unhealthy reaction to something upsetting, but as time goes by, the silence will subside and eventually partners are able to clear a path for a resolution.