Deep Conversations in The Family Become The Most Difficult Thing

Have you ever been in a situation where you're stuck with troubles about something yet there's nobody in your circle of friends who could help you with a solution? The last resource that you could seek help from is no other than your own family, however, it's somehow a very hard decision to do.

It is indeed a common problem that the younger generation often face with their own family-having a serious or deep conversation with their own parents. Whereas family is supposed to be the place where you feel most comfortable and become the safest place to spill all your concerns and disturbing feelings that you get from the outer world. But again, why does it happen to be a very difficult thing to do? 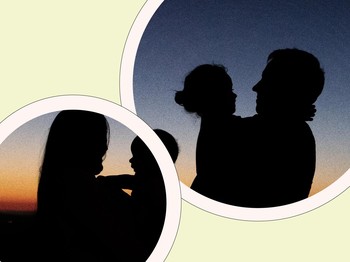 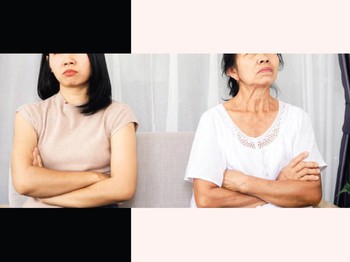 They Dont Talk About: Mommy Issues

The main reason why this happens is because of the gap of generation between us and our parents. According to Times of India, the ages between parents and their children are often large enough that they experienced their most impressionable years during a different culture than each other. Misunderstanding often exists between parents and their children, therefore, children tend to avoid the possibility of their parents could get their feelings, thoughts, and problems they are currently facing.

It doesn't just stop there, most parents also have the tendency of pursuing their children to be the replica of theirs, which is such an impossible approach for children who are now living in the completely different generation that encourages them to have their own pursues, goals, motivation, and ways of thinking.

It is also hard to deny that major parents are not aware of the mental health crisis that is often struggled by children nowadays. Therefore, most of the time when children are trying to open up about their current troubled mental health, they are often get invalidated by their parents.

"It's just in your head,"
"that's probably because of the amount of social media you see that you're lacking prayer,"
"Well, you're still supposed to be grateful since when I was young, I wasn't as lucky as you are,"

These are the common responses that the children mostly obtain from their own parents for trying to open up. Because of this, children have the tendency to be more hesitant when they want to open up to their parents that they prefer to share their problems with their circle of friends who are most likely able to relate to their problems for being in the same generation and having common teenager problems.

However, this is such a huge problem in our generation that has to be solved as it has already been stated before-family is supposed to be the only place where we feel most comfortable. Expecting our parents to understand in our own way of approach is seemingly to be impossible. But, if a serious and deep conversation has to take place between us and our parents, the only thing that we can do is to understand the approach that they might accept to sit down and listen to our concerns in return for their help and solution. We have to understand our own parents' traits and raise their interest in why they should listen to what you have to say.